Lots of excitement, athletes and volunteers in the Mar Bella Pavilion.

The Games opening ceremony organised by the city councils of Barcelona and Calella and with presence of Catalan authorities, was a great success. For two hours, plenty of dance groups shows, aerial acrobatics and also life music by Els Catarres (Catalan music group) filled the ceremony. Each athlete’s delegation, with representation of the five continents, was accompanied by a Catalan athlete with international recognition, like Carles Reixac and Carles Puyol, who went with the athlete that brought the Olympic torch to the cauldron.

Organization and authorities thanked the sponsors, among them Zeta Espacial S.A., for the effort made to make the event possible, because the SPECIAL OLYMPICS entity takes charge of all the international athletes and coacher’s travel expenses. 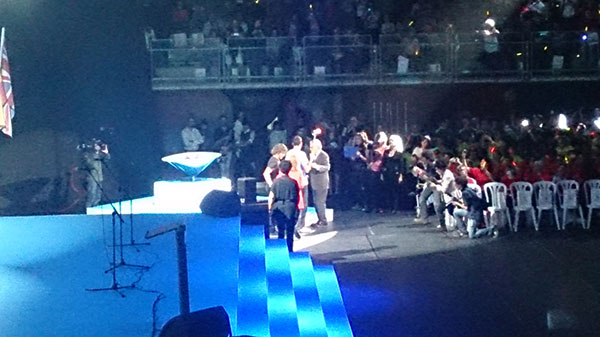 Peta Zetas®, inside its sport and culture support policy, hasn’t seen better moment to help and put in practice a reality: the use of the sport as social element to transmit to the society the values of work and unity. From Zeta Espacial we want to congratulate the more than 1600 athletes who until November 2nd will take part in the competition, their families, organisation and volunteers, all of them are champions!!