Pop Rocks, the candy that makes explode the 175 birthday celebration of Lhardy restaurant in Madrid

Lhardy restaurant, placed in Madrid city center, has decided to give an innovation touch to its cuisine with the well known candy Pop Rocks®, creating the explosive snack “Goat cheese snack with Pop Rocks© and raspberry coulis”.

The recognized chef Ricardo Quintana has explained us his surprising creation and it’s great success in the restaurant’s 175 birthday: 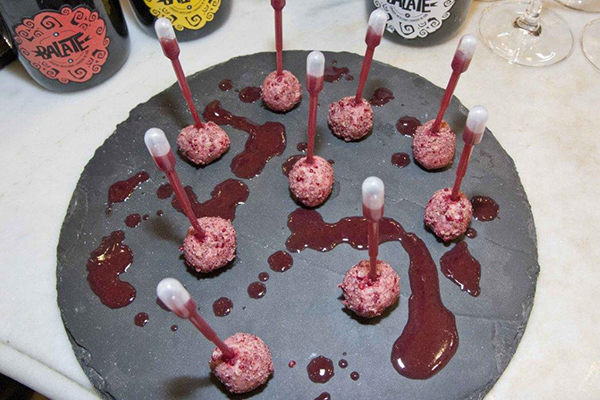 -¿How it became the idea of this bar snack?

– Ricardo: Well, I actually had seen the creations of other chefs where they have used Pop Rocks® as an ingredient, and I liked the idea, it seemed interesting to me and I decided to innovate in my cuisine giving the explosive touch of Pop Rocks© to my snack.

– Which ingredients has exactly this explosive bar snack?

– Ricardo: This snack consists on a goat cheese croquette with cream, and also a mix of chocolate krispies and Pop Rocks©. It has also a “pipette” of a raspberry and Oporto liquor.

– Ricardo: Firstly you take a piece of the goat cheese and transform into a croquette with the cream.

– When do you give the snack to the dinner guests to taste it?

– Ricardo: Because of the celebration all the year of the 175 birthday, we have introduced the snack in different events as a “pre-dessert” where it have gone both political and television celebrities, as well as one special event that we did for the media.

– ¿It has had a great success?

– Ricardo: Actually it has surprised everyone because is a snack with an explosive mix of flavors (acid, sweet and salt).

Pop Rocks®, as an innovative ingredient, has been used in different applications, both in homemade recipes (desserts, starters, drinks,…) as in the avant-garde cuisine creations, from the chefs like Ferràn Adrià or Oriol Balaguer. Zeta Espacial, Pop Rocks® manufacturer, offers a wide range of popping candy for retail or as ingredient. A world of possibilities that Lhardy restaurant of Madrid has tried to explore, creating this explosive and innovative snack.