The Candy that exploded in the 80’s

Years ago at the Waldorf Astoria Hotel in New York, very special ice cubes were served. The ice came from the North Pole, and was more than 5.000 years old. These ice cubes contained some tiny air bubbles, formed due to the high pressure the ice had endured for years under Snow Mountains. When this ancient ice came in contact with the liquid, bubbles popped, creating a crackling sound that was a total tourist attraction. 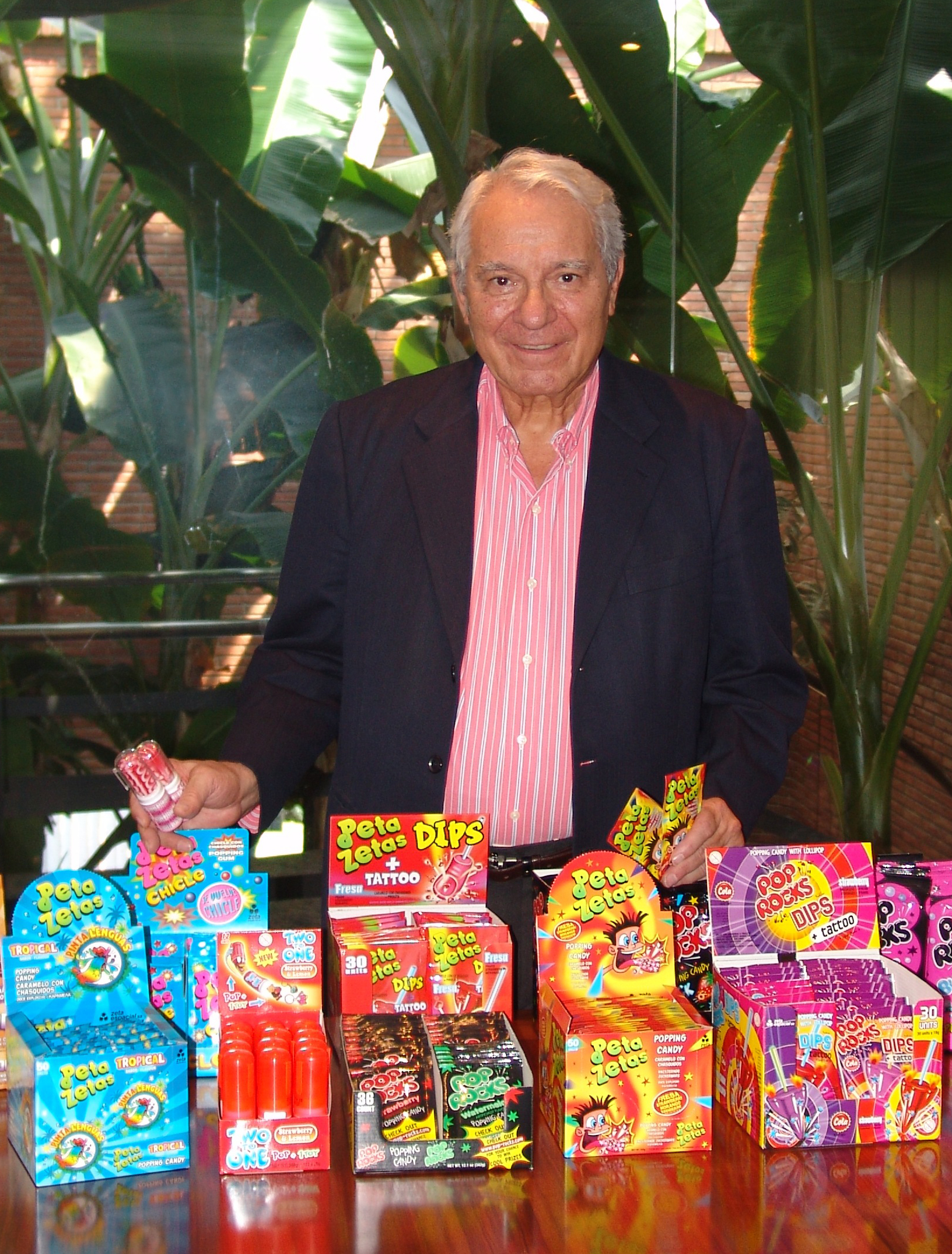 These special ice cubes were used as an inspiration by Mr. Ramón Escolà and Mr. Antonio Asensio to create the Peta Zetas®, popping candy. They wanted to make candies pop and crackle like that ice, and this was the reason why that they began to think how to add carbonic gas to a candy. Ramón Escolà, IQS chemical engineer, worked hard for more than a year experimenting with different processes until finally one day, in a small reactor located in a factory in Rubí, he found the right process, the process that was to give birth to the Peta Zetas®, candy. That day when opening the reactor, thousands of tiny candy pieces came out of it, and all of them gasified. These small hard candy pieces had been carbonated in a very high pressure, keeping inside microscopic bubbles of CO2 that exploded on contact with moisture. Peta Zetas®, the candy that would become a myth of the 80´s for a Spanish generation, had been born.

Zeta Espacial was then founded to manufacture the product and sell it under the brand name Peta Zetas®. The brand Peta Zetas®, comes from a combination of the word “Peta”, that means “explodes” in Catalan and is related to the word “firecracker”, and “Zetas”, in relation to the name of a big publishing company (Grupo Zeta) also owned by Antonio Asensio, co-founder of the company Zeta Espacial. 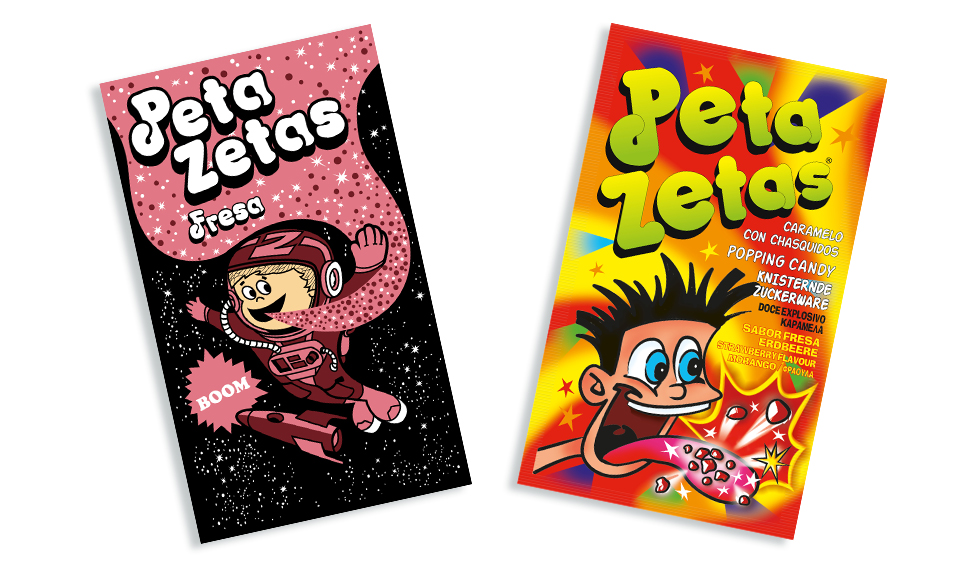 At the beginning, the Peta Zetas®, package showed an astronaut surrounded by stars, since when children first tried this unusual popping candy, they immediately related it to space. They said: “it is like a candy from the space, like meteors exploding in the mouth”. This was the origin of the famous Peta Zetas®, astronaut that was present on the packaging for many years.

Peta Zetas®, was an innovative and different candy, the first popping candy in Spain, and just two months after the opening of the factory in 1979, the company sold 24 million units. 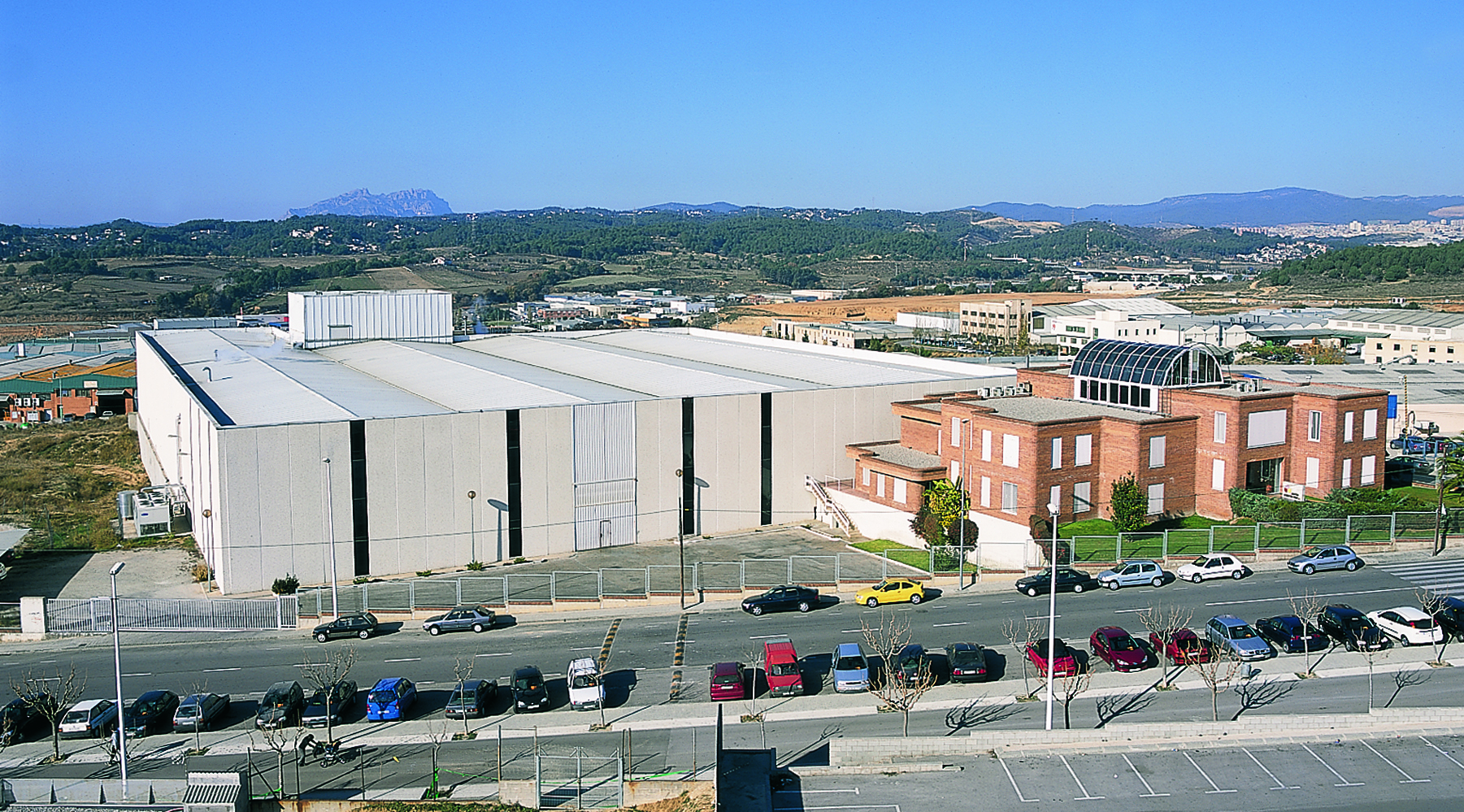 In a time when internationalization was unusual because of the limited knowledge of foreign languages and the lack of effective communication systems (regular mail, telex and fax were the only means of international communication at that time) Zeta Espacial began its export activities in 1980. Dotty De Bruijn, wife of Ramón Escolà, was the forerunner of these actions. Thanks to her dedication and knowledge of languages, in a short period of one year, Peta Zetas®, got to be introduced in seven countries and, sales in 26 countries by 1984. Currently the company exports about 90% of its production to more than 60 countries on the five continents.

Zeta Espacial also has two subsidiaries in North America. In Mexico the subsidiary, Zeta Espacial Industrial S.A. de C.V., is located in Toluca with a factory of 7,000 square meters dedicated to manufacturing and packaging. This plant serves the Mexican market and distributes around much of the continent. Also, in the U.S.A, the subsidiary Pop Rocks Inc is located in Atlanta and has its own commercial and administrative team, who are responsible for the marketing of its product range in the U.S.A market.

As a result of the exporting efforts, the company has been recognized by institutions and has received some awards throughout its history: Gold Medals for export in 1982, 1984 and 1985; The Award for Internationalization by the Chamber of Commerce in 2012 and The Aster Award for Business Career in 2013. Nowadays, export activities continue to be a strategic goal for the company.

Peta Zetas®, has expanded its range of products to offer more than a hundred references of popping candy in retail packaging, to include a large variety or flavours or even combined with gum, chocolate or lollipop, and also available sugar-free, among many more options. Marketed under well-known international brands like Pop Rocks®, Peta Zetas®, Frizzy Pazzy®, Fizz Wiz® or Magic Gum®, all of them provide fun to millions of children worldwide. In 1997 the company diversified its product range with the launch of the first candy with toy in the market, Two To One®. In addition, Zeta Espacial offers a wide range of sweets, with or without sugar, under Olrait® brand or private label. 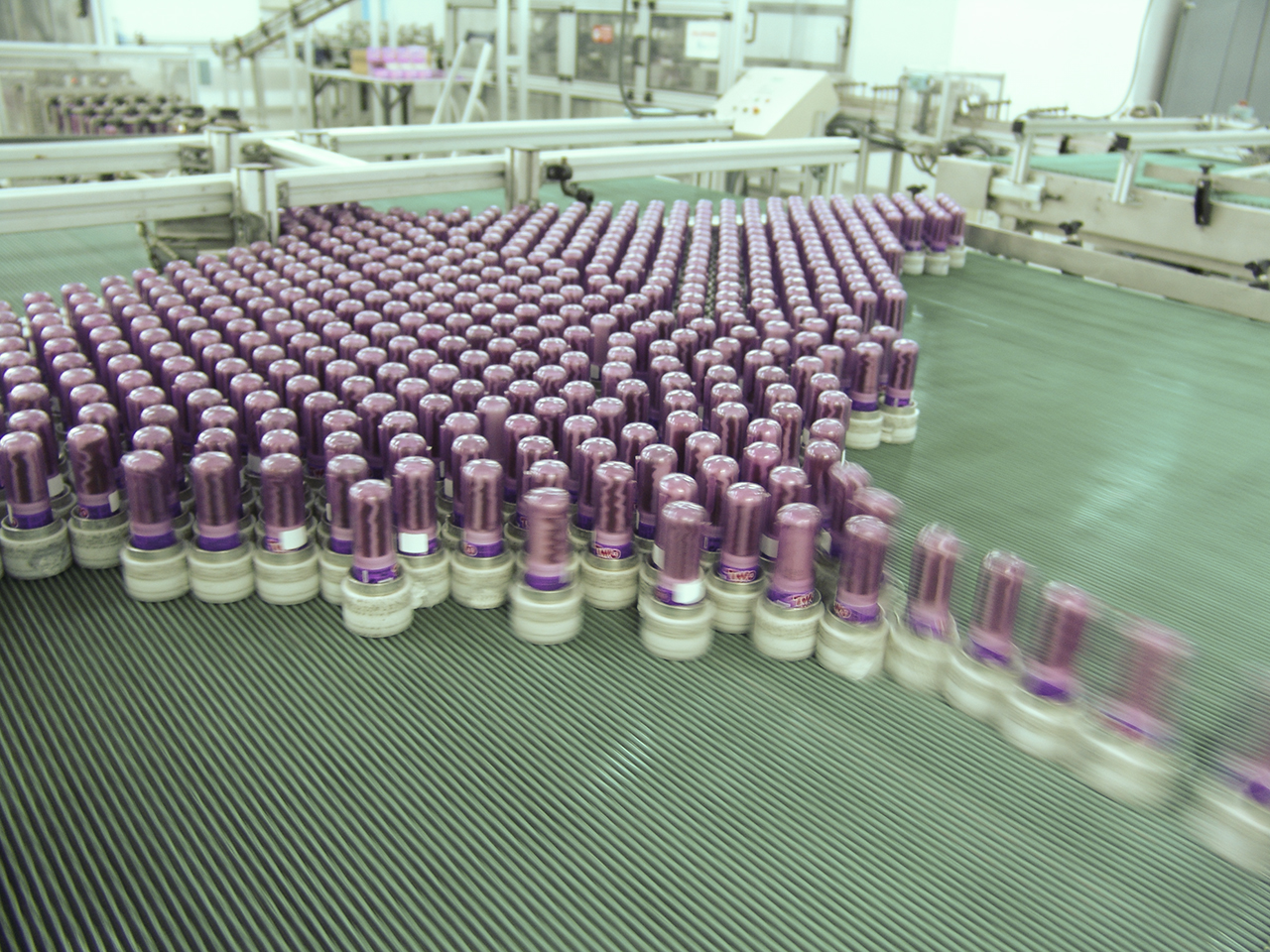 Popping candy as an ingredient 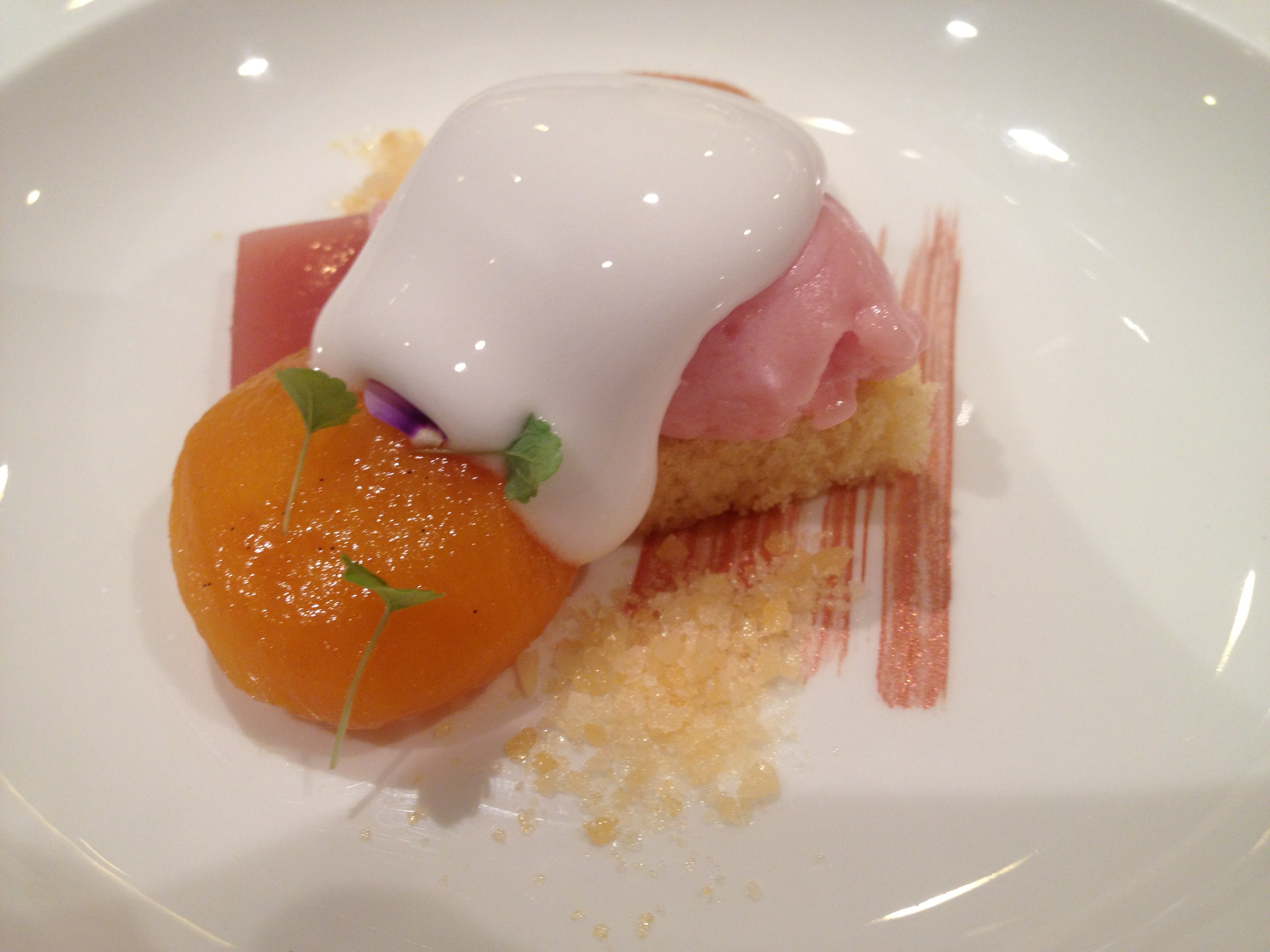 But popping candy is also sold in bulk as an innovative ingredient to be used in many foods such as ice creams, chocolates, bakery, cereals and yogurts, among many other potential uses. Our popping candy has come to be a key ingredient in innovative cuisine. Recognised chefs like Ferrán Adrià, Oriol Balaguer, Enric Rovira, Arzak or Heston Blumenthal, have challenged their guests to enjoy the popping sensation of this candy in their creations, providing a multi-sensory experience.

Praline with Peta Zetas®, explosive shots, foie gras mi-cuit with Peta Zetas®, or sparkling chocolate cake, among others, provide a unique culinary experience. Peta Zetas®, has been awarded “Flavor of the Year 2013” in the foodservice ingredient category as recognition to this special contribution to the world of culinary innovation.

What started more than three decades ago as a project of friends with entrepreneur soul, has become in a solid confectionery company that sells sweet fun worldwide.