Last December, a new 3×3 Cerdanyola CH Stick Fighters Edition was held in Cerdanyola del Vallès (Barcelona, Spain), with the sponsorship of Peta Zetas® among other brands. Different categories participated in the tournament, from initiation to youth groups, including girls, boys and mixed teams.

It was a very dynamic day because track was divided in three, to allow three different roller hockey games to be played simultaneously. Each team consisted of three players and a goalkeeper.

The games lasted 15 minutes each, and all teams played a minimum of 4 matches. The winning teams went on to the next stages, until they reached the knockout stage, the final.
The dynamic approach of the tournament required players and crowd to be very attentive, and all fans enjoyed high voltage roller hockey sessions. 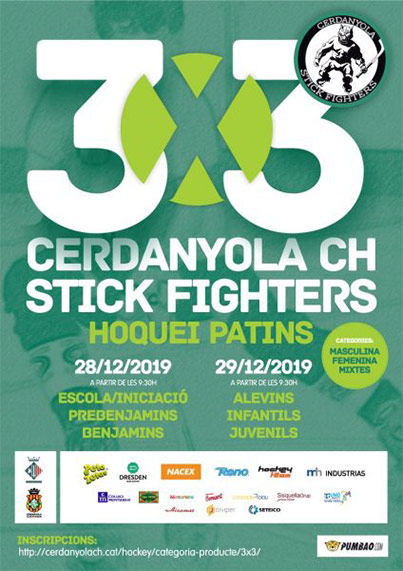 It was an exciting and intense hockey day. Peta Zetas® congratulates all people for the great tournament and encourages all players to continue enjoying this great sport 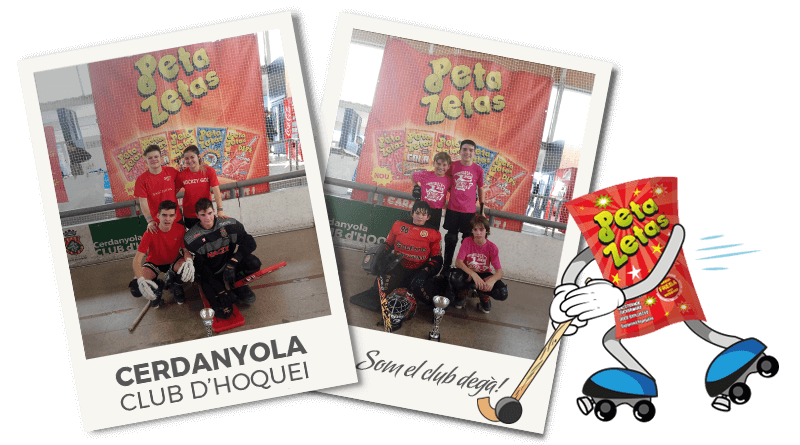