Peta Zetas® sponsors the XVIII Spanish Artistic Roller Skating Championship for Big and Small Show Groups to be held March 8 and 9 at the Multipurpose Palace Sports Center in Guadalajara (Spain), with capacity for 5479 people. There will be more than 600 skaters, both in Big and Small groups, who will participate in the Championship during these two days.

Spain is world leader in Show Groups, as it has several teams that have reached numerous world titles and will compete in this championship in Guadalajara.

Among them, the Olot Artistic Figure Skating Club, with 12 world titles and current European and World Champion of Big Groups. In the Small Groups category, the Rolling Skate Club l’Aldea sponsored by Peta Zetas® is number three in the world and first in Spain.

The results in Guadalajara will determine the classification of the teams that will attend the next World Cup. Peta Zetas® supports championships like this one to amplify the reach of this minority sport that gains more fans every day. This type of figure skating is different from any other due to high level of theatricality, show effects and the ability to transmit a story or feeling. Peta Zetas® is a fan of this sport and the values it represents. 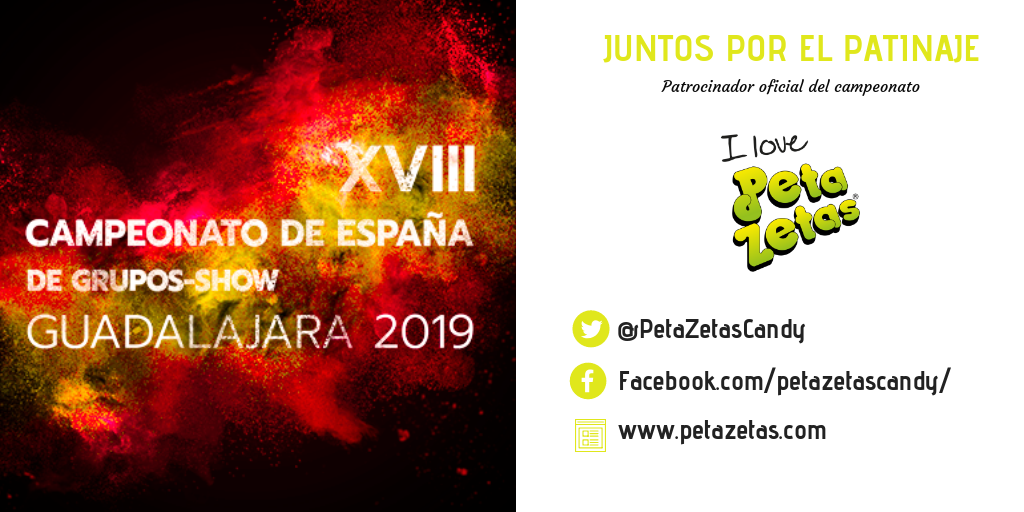