CP L’Aldea, sponsored by Peta Zetas®, already has regional, national and European titles. In addition to these titles, they also won the Small Groups Gold Medal at the World Roller Games 2019 in Barcelona. Now, the club has done it again. On February 9th the club won the Gold Medal of the Small Show Groups in Salou (Tarragona), where the Regional Show Championship was held. Peta Zetas® was there with them supporting this sport and all their followers. 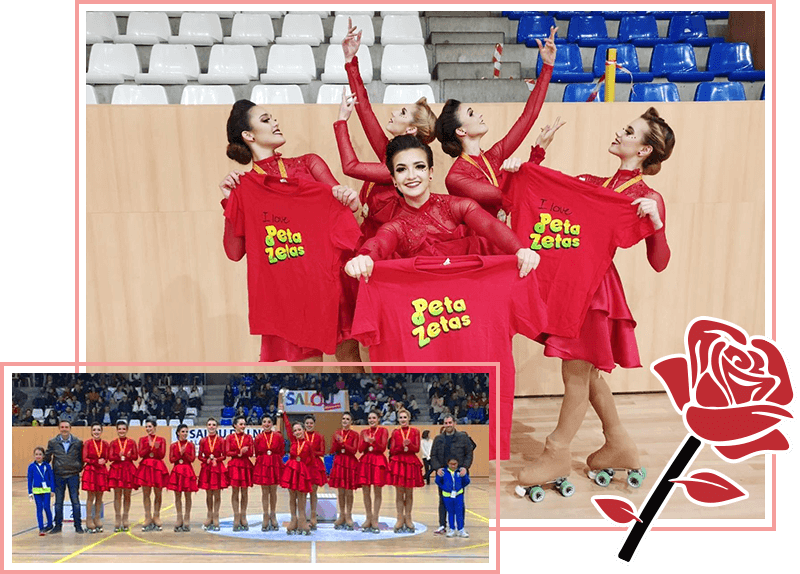 The team participated in the Championship with the new “INEVITABLE” choreography, inspired by the motto “Look, you will not be forever young, TIC, TAC … time, even reaches the reddest rose”, as explained by team´s coach Manel Villaroya. With this show CP l’Aldea reached first place with scores between 8.4 and 8.6 thanks to good work, perseverance and discipline.

The club will participate next February 22nd and 23rd in the Catalan Championship of Groups Show in Lleida. From Peta Zetas® we congratulate the team and wish them good luck in the next competitions.